Professional Phrases To Use When Talking With Your Boss. 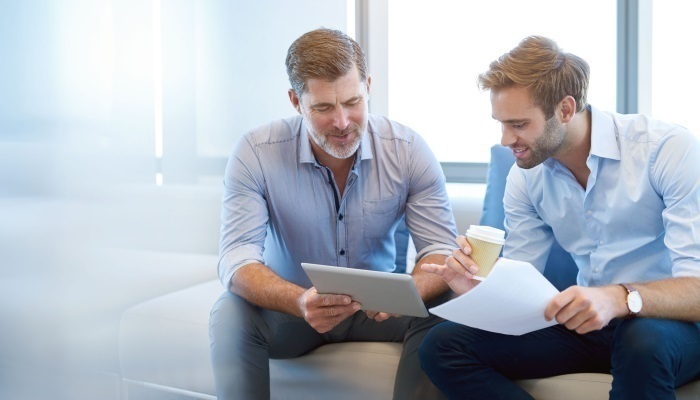 If you’re like a lot of people, you might get anxious when you have to talk to your boss – or you might leave the conversation feeling unsure of what kind of impression you made. Or maybe you’ve just noticed that your relationship with your manager could be smoother. Whatever the case, the following seven  Professional phrases will help you get what you need from your boss, help you communicate better, and keep you in good standing.

Seven Professional Phrases To Use

1. “We can do X or Y. I propose Y because …” The idea here is that you’re not just dumping a problem on your Boss and waiting for her to come up with a solution. Instead, you’re thinking through how to solve the problem and proposing a way forward. This makes your boss’s job easier because she has something concrete to react to – and in many cases can just say “yes, that sounds great, go do that.” It also positions you as someone who proactively solves problems, and that’s a skill that’s nearly always going to be needed if you want to take on more responsibility or get promoted.

2.”I’m of course glad to do it the way you asked, but I want to mention that one possible problem is X.” If you think something your manager is asking you to do is a bad idea, this framing can help you raise it without looking argumentative. You’re clearly saying you’re perfectly happy to do what your boss has asked, but you’re also offering a perspective she might not have considered and might find helpful.

3.”I realized that I’m not entirely sure what you meant when you said X earlier.” Sometimes your manager might say something that leaves you confused or even worried, but the conversation moved on before you had a chance to ask about it. That does not mean you are sentenced to leave with your uncertainty or worry forever, just because you missed your chance at the moment! It’s perfectly OK to ask about it later. In fact, most managers would strongly prefer you do bring it up later, so they have a chance to clarify whatever they meant.

4.”Can we talk about how I should prioritize?” It’s common for employees to be frustrated about their workloads but not ask for help in prioritizing. Instead, they assume they’re just supposed to get it all done quickly, and as a result, they end up stressed out or letting things fall through the cracks. It’s important to realize your manager may not be aware of how large your workload has become or that you have two big projects due on the same day or that other conflicts are getting in the way. Your manager is probably busy and has a lot to juggle, and is relying on you to speak up if your workload has become unmanageable. If she’s decent at her job, she’ll be glad to give input on how you should prioritize – and even on what you might be able to push back or jettison altogether.

5.”Thanks for giving me that feedback – it’s really useful to hear.” Too often, people get upset or defensive when receiving critical feedback – and while that shouldn’t make managers hesitant to give feedback in the future, the reality is that it often does. Other people don’t have much of a reaction at all, leaving their managers stumped about whether they’re really processing the conversation. But if instead, you’re cheerful and openly appreciative of the guidance, you’ll likely ensure that your boss gives you a steady stream of guidance that will help you get better and better at what you do. And you’ll probably be thought of as exceptionally mature and easy to work with.

6.”Is there a way I could make it easier for you to give input?” If you have trouble getting the input from your boss that you need in order to move projects forward, try asking this question. You might find out that you’d get faster answers if you call rather than email, or if you grab your boss for two minutes in the hallway after the morning staff meeting, or even that she’ll spot your emails faster if you use a particular subject line structure or all sorts of other possibilities.

7. “Can I repeat back my understanding of this assignment to make sure I’ve got it?” This is a particularly good question to ask if you’ve noticed that your boss sometimes doesn’t mention crucial details until you’re already halfway through an assignment (or worse, finished with it), or that you two don’t always leave conversations with the same understanding of what was agreed to. Giving a quick summary of what you’re taking away from the conversation may help her realize that she needs to share additional key details with you and will help you both spot places where you might not be on the same page